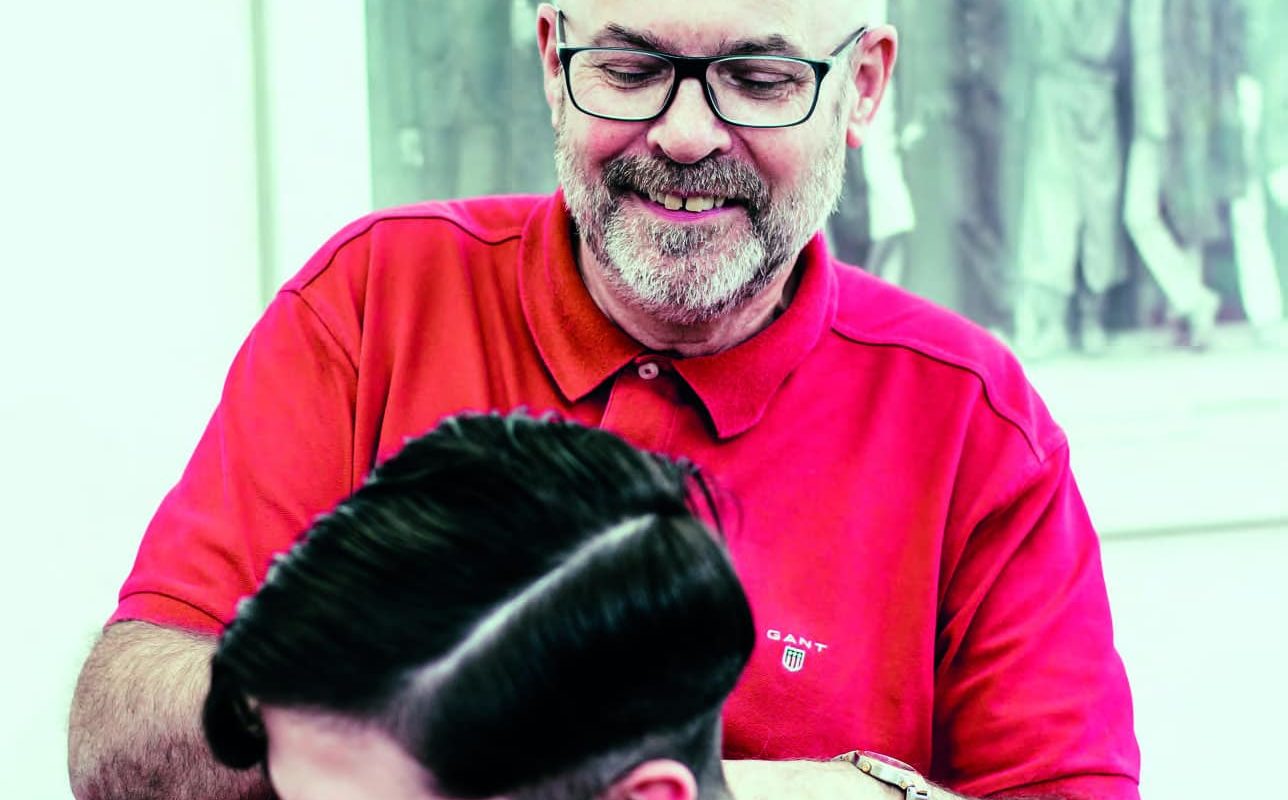 TACKED BETWEEN TWO black and white photographs by Herb Ritts – a US fashion photographer whose work was proliﬁc in the 1980s – is a note announcing that Charlie’s will be closed for a fortnight in September.

The reason? Its patron, Charlie Brown, is oﬀ on holiday – the ﬁrst he’s taken in 30 years. Partly because business at his barber shop on the East India Dock Road is the best it’s ever been, with Saturdays booked up weeks in advance – but also due to an unwritten agreement with his clients.

‘If it isn’t me cutting their hair, the contract is broken and there’s a good chance they won’t come back. I’m not the best – or the worst – barber in the world, but it’s me they want and it’s important we can pick up a conversation where we left oﬀ,’ says the sprightly 63-year-old. It’s no wonder his customers act as if they’ve had an aﬀair when they get a trim elsewhere.

An art fan with a knack for picking skills up quickly, Charlie started as the shop’s hairdressing apprentice aged 15 and has built and maintained a loyal network of customers spanning four generations, many of whom left during the East End’s mass migration in the eighties.

One returns to the shop from Great Yarmouth every four weeks, and another from Lanzarote every six, while plenty of regulars make the journey from Northampton and Milton Keynes. One man even drives from Kent to get a wig cut, with his wife and dog to keep him company. 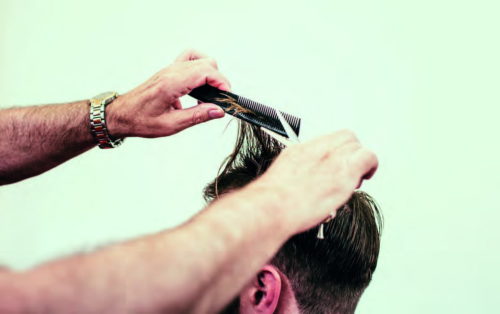 Canary Wharf’s rise and rise as a commercial hub has reinvigorated his contacts book, with oﬃce workers popping over from the Isle of Dogs for more personalised and better value cuts. ‘The more they keep charging £60 or £70 for a haircut on the island, the happier
I am,’ chuckles Charlie.

East London Airport, which is 10 minutes away on the DLR, brings a cosmopolitan professional crowd and Woolwich’s new Crossrail station, opening in December this year, will bring a whole new cohort of customers to Charlie’s doors.

Few traditional East End barbers oﬀer appointments, so when Charlie’s began booking 32 years ago, his contemporaries thought he was mad. But, he says, it’s been his best business decision and allows for maximum custom with minimal waits.

As well as sessions with the man himself, demands for a more diverse range of styles have been growing too – with the contemporary, ‘Love Island’-inspired styles keeping Charlie and his assistant of 22 years, Emma Booty, on their toes. Gone are the Brylcreem days when men would refuse a wash because they did it themselves a month ago, now even facial hair has its own speciﬁc grooming regime.

Cutting edge styles come with a side order of counseling, which is not always consensual. No conversation topic is too risqué for Charlie and people divulge the most eyebrow-raising things. ‘The moment you pick up the scissors, it’s like their tongue falls out of their head,’ says Charlie, which fascinates him, although Emma admits to ﬁnding the conversations draining.

Being the longest running business on East India Dock Road has been far from a smooth ride. Both Emma and Charlie remember leaner times when a lack of customers and threats from the landlord pushed them to consider closure, but they are glad they weathered the storm. With a new estate agent as a neighbour and ambitious plans for shops, a cinema and a clutch of bars in the making, they predict the change to the area will be immense.

‘I’m a very lucky man to have run this business for 48 years and I’m proud my customers kept coming. The only thing I do regret is that I’m a bit old for what’s about to happen, but when you’re surrounded by young people, you think young. I can’t wait to see – and be a part of – the coming changes,’ says Charlie, opening the door for his next customer. But ﬁrst? That holiday. 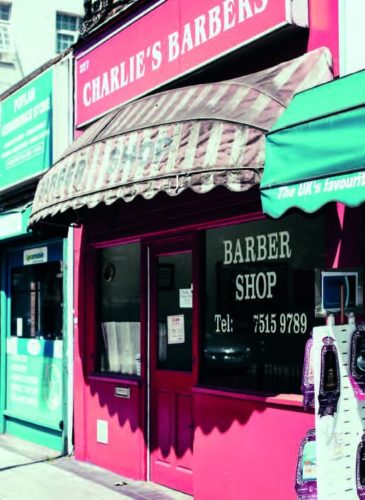 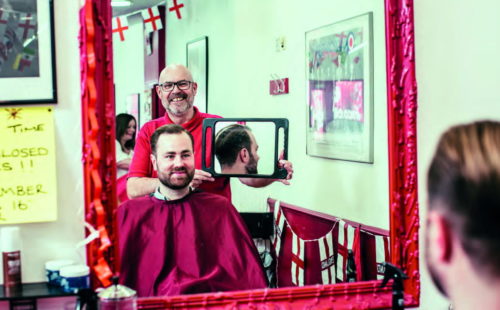