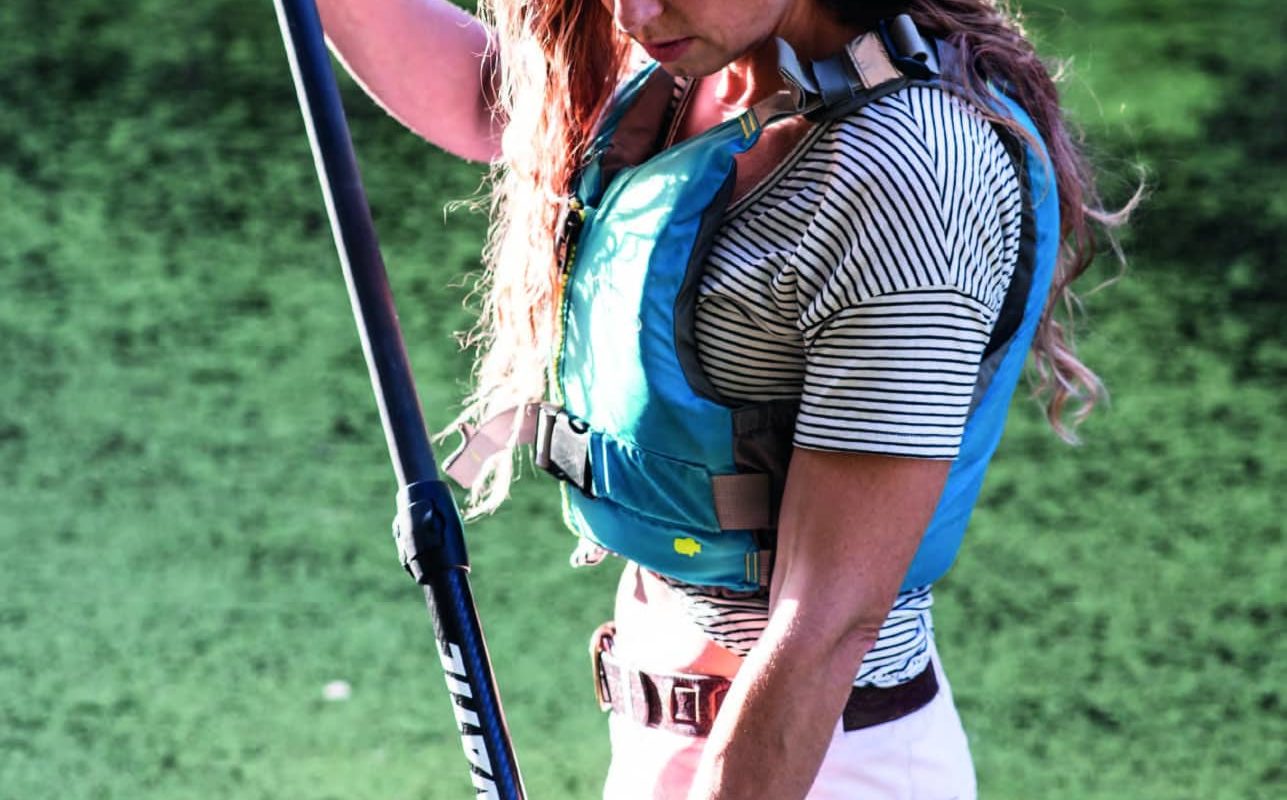 MOO CANOES WAS formed in the Autumn of 2012, when co-directors Alfie and Katy decided to create a watersports company for experience seeking adults and families. They’d been working together as freelance coaches for ten years at eight different paddlesport centres, but the traditional centre format wasn’t giving them the freedom to execute their ideas.

Five years down the line, they’ve won the Travel and Hospitality Award for Adventure Experience of the Year, and have delivered adventures for Innocent drinks, Barclays, Apple, HSBC and Google to name a few. They built a ship (The Milk Float) as a second base, which operates as a bar and cafe in Hackney Wick, and they support two canal clean-up events a month. They’ve even chauffeured newlyweds to their reception.

The team also offer canoe and kayak rental on London’s canal network. These sheltered waterways allow groups and families to discover the sport at their own pace, enjoying an outdoor experience together in central London. One of the most popular trips is to paddle from Limehouse to Crate Brewery (which they thoughtfully offer as a one-way trip). On today’s trip, Clipper followed Katy from her base at Poplar Union, down the canal to the Limehouse Basin, ending with a pint and a chat at iconic waterfront pub The Grapes. 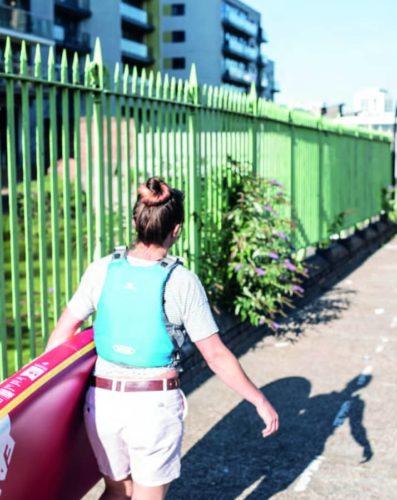 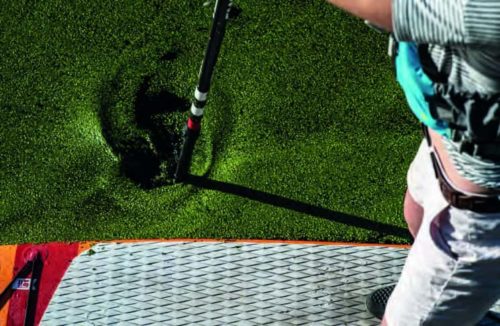 Why did you and Alfie choose to base the business in Limehouse?

The base offered access to both the Regents’ Canal and the Limehouse Cut, so we could actually take advantage of three waterways for trips. We were initially quite worried about that whole stretch of the Limehouse Cut, because it’s a lot less scenic than the Regents’ Canal, and a lot less loved. But since we moved here it’s seen massive redevelopment and has become quite an exciting place for people to live and work now.

Why do you think the perception of the Limehouse Cut is changing?

I think a key factor is that most of the new residential developments coming in are being promoted as waterside living, compared to the old stuff which backed on to the water and faced away from it. Hopefully this will change people’s attitudes towards how they use the canal and integrate it into their lives.

We’ve recently helped set up the kayak polo club on the canal, it’s really interesting to watch the cyclists, walkers and dog walkers see the waterways be used for a competitive, recreational sport. They all stop in their tracks and watch what’s going on, so I definitely think the perception of the canal is changing quickly. The more people see it being used for sport, entertainment and even litter-picking operations, the more they’ll want to use it themselves.

Were you competing with other businesses when you first launched?

We were actually the first commercial operation to be offering tours on the River Thames. Canoe and kayak hire just wasn’t happening in London and we couldn’t work out why that was. I grew up in Norfolk and there’s kayak hire all around. I don’t know whether it was just a lack of appetite in London, or perhaps the notion that the canals were still a bit dirty and industrial that was putting people off.

We were lucky that there had been a lot of redevelopment in the years before we opened, with the London Docklands and lots of the older canal dock basins. Shadwell Basin was the first outdoor activity centre to open in central London (and is still the largest) and then there’s the Docklands Sailing Centre. Lots of people were starting to offer water sports in those postindustrial spaces, but they weren’t doing what we struck out to do, which was to cater to a more adult market with an experience-based offering.

What kind of activities do you offer?

We knew from the start there would be a demand for inter-generational stuff – parents and grandparents wanting to do activities with the children. The match.com dating market was also really starting to emerge at the time (2012), so we were getting a lot of couples on activity dates. Tapping into corporate away days has also become a crucial part of our business – we combine them with a trip to one of the great local pubs in Limehouse.

How do you attract new customers?

It’s 100% word of mouth. We were really lucky when first forming the company that we already had a few clients biting our arm off for the new tricks and products we were offering. Again, being the first to offer that hire option in London meant people found us easily via search engines. I think crucially the equipment we provide made it really safe and stable and meant people could turn up in whatever clothes they were wearing and walk away to the pub afterwards mostly dry!

Limehouse has always been this strange little enclave that doesn’t feel like London at all. When you pass the marina with all these beautiful historical boats and a sea of masts you feel like you’re in Gibraltar rather than London. We really enjoy that slightly different and quirky vibe. Right from the start we’ve had a lot of support from all the local residents; they were really keen to see the space being used for something positive after problems with anti-social behaviour in that area.

The residents have really embraced it and they’ve even formed their own community group called the Lower Regent’s Coalition, a group of volunteers who come down and do a litter pick of the waterways with us every month, so that’s turned into a really lovely relationship.

Are there any watering holes you’d recommend for a drink after a trip?

There’s actually a really interesting scene around Limehouse now. There’s the old library which has been converted into a creative cafe and space, and then the Yurt Cafe.

For people finishing their trip at Limehouse, The Grapes is always somewhere we
recommend. It’s owned by Sir Ian McKellen and he can sometimes be spotted in there since his house is just next door. The sunsets from the balcony are beautiful, and it looks out at the Thames and an iconic Antony Gormley sculpture which Ian is rumoured to have acquired.

The Narrow pub also has lots of space for bigger groups and is just opposite the Marina.

There’s also The Cruising Association right on the marina which is a members club for yachts and motorboats; they’ve got a bar downstairs right on the waterfront that you can hire for events. 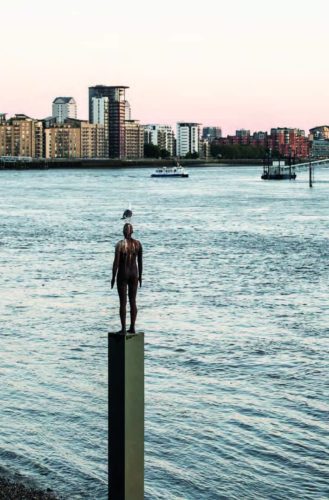 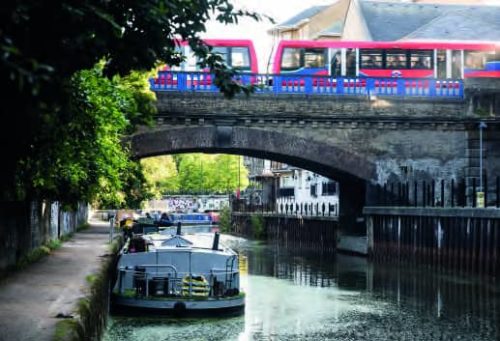 Sign up for free exercise classes in the park including yoga, bootcamp and tennis

Grade II listed local pub on the north bank of the Thames, with a veranda overlooking the water.

Rumoured to be owned by Ian McKellan, this sculpture from Antony Gormley’s series Another Time can be seen from The Grapes.

Riverside restaurant with panoramic views of the Thames and great seasonal cocktail list.

The Cruising Association has a purpose-built HQ at Limehouse Basin, just around the corner from the Narrow.