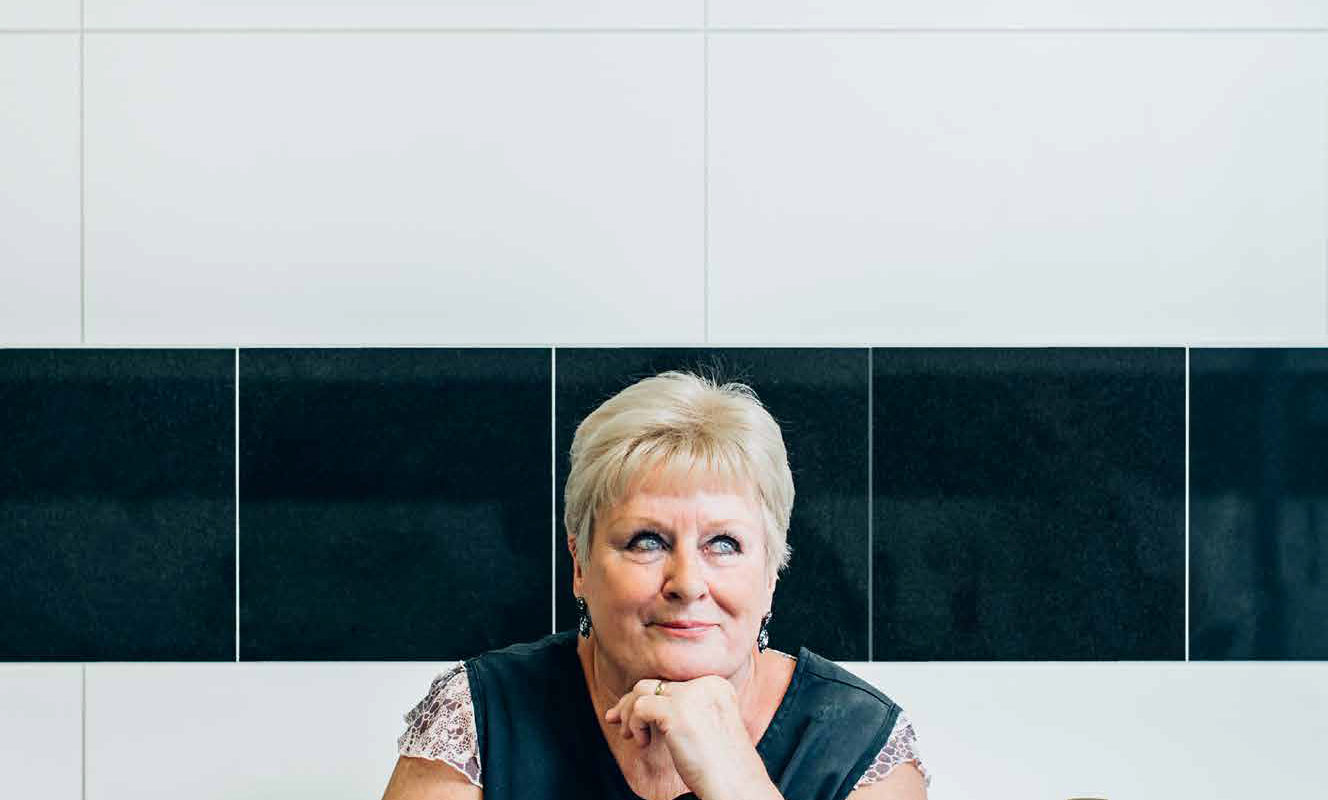 It's Saturday Lunchtime at Maureen’s pie and mash shop off Chrisp Street Market and a quickly-moving queue snakes out from the shop onto the street. Owner Maureen Patterson and her daughter-in-law Karen Patterson are on fine form, bantering with the regulars as they spoon bright green parsley liquor over steaming pies and mash. The recipes may be secret, but the success of this Poplar stalwart is far from it.

When the shop was founded by Maureen and her partner David in the 1960s, it was popular with dock workers piling in from nearby East India. Having grown up and gone to school in the area, rarely does a local pass who Maureen doesn’t know – from great nans to mums and tiny daughters, she has served four generations of loyal customers. And while some visit daily, often ordering the same dish each time, it’s the recent influx of residents and workers looking for cheaper east London rents that are keeping the Chrisp Street shop in healthy shape. 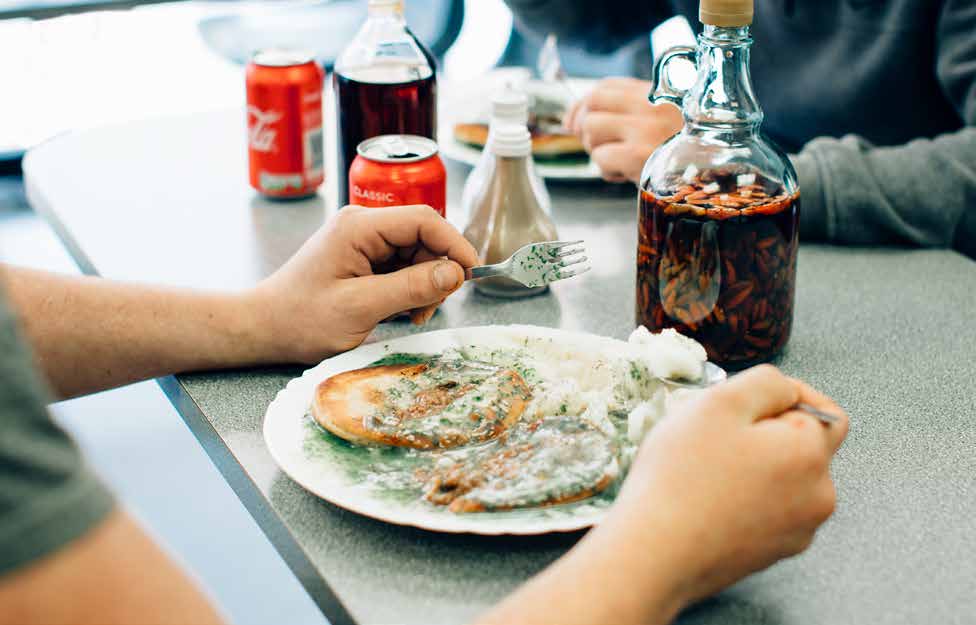 “The new generation of people buying properties and working in the area has really put the shop back on the market,” says Karen, who’s worked at Maureen’s with her husband and chef Jason for 15 years. During the week, suited office workers pile in for a quick lunch and the team has even started delivering their wares to nearby employees at the towering heights of Barclays, Morgan Stanley and Citibank, sometimes loading up their own cars with fresh pies to get them there.

Subtle changes have been made to cater to the new demographic – jellied and stewed eels are off the menu, and a mixed vegetable pie has been put on. Otherwise, it’s business as usual. Beef is still minced with the same machine it was 50 years ago and the homemade pastry is rolled on an equally ancient contraption.

A delicate hand and plenty of patience come as a prerequisite for the staff at Maureen’s. East End classics like salt beef bagels (lashings of mustard obligatory) are also served, but it’s the famed £3.20 pie lunches that people come for.

Word-of-mouth recommendations draw punters from nearby regions like Kent and Essex, or as far away as Canada and South Africa – and from everywhere in between.

Every few months, one diner makes this pie pilgrimage from her home in Spain to join her son (who lives in Cornwall) for their comfort food fix. For her, it’s the diverse population and warmth of the regulars and staff that keep her coming back. 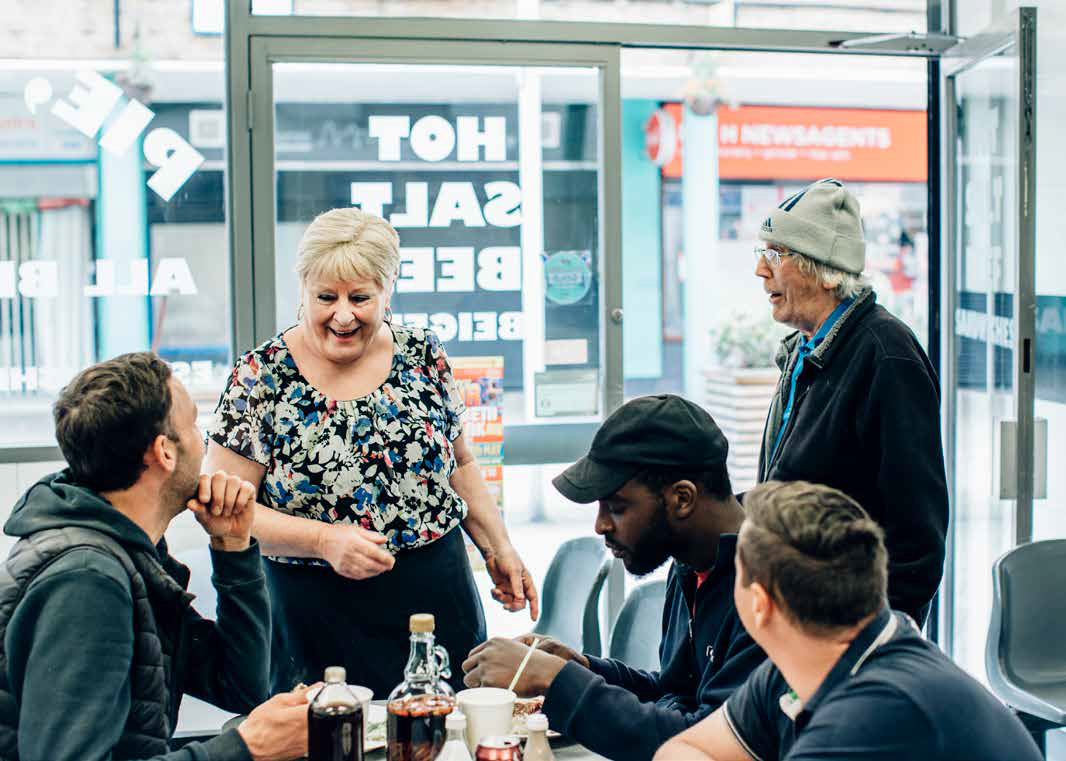 A shopping complex, cinema and many more properties are planned for the area surrounding Maureen’s, which promises more working people and more hungry mouths to feed. The regeneration of Chrisp Street Market, built in 1951, is also imminent.

“The only thing we’re apprehensive about is if the area stops being accessible by car. Many of our customers drive here and all the businesses would suffer if parking became difficult,” says Karen.

In mid-nineteenth century London, there were just over 100 pie and mash outlets. There are just 30 now. The area around Maureen’s may be morphing, but stepping into this unassuming corner of the East End feels like you’re part of something – even if only until you’ve finished the last drop of parsley liquor.

As Karen says, there’s a reason people find pie and mash shops so interesting. “The pies speak for themselves, but anyone can feel comfortable here, whether it is their first time or their four hundredth time.” The new generation of people buying properties and working in the area has really put the shop back on the market. 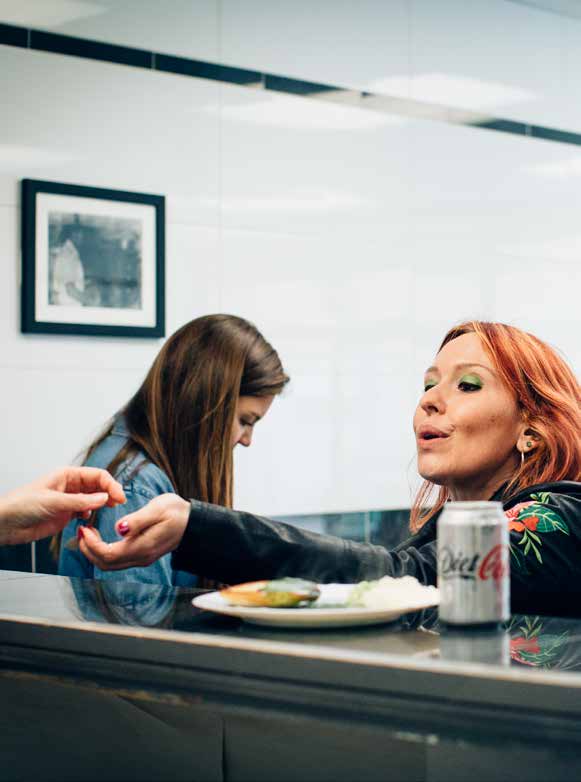