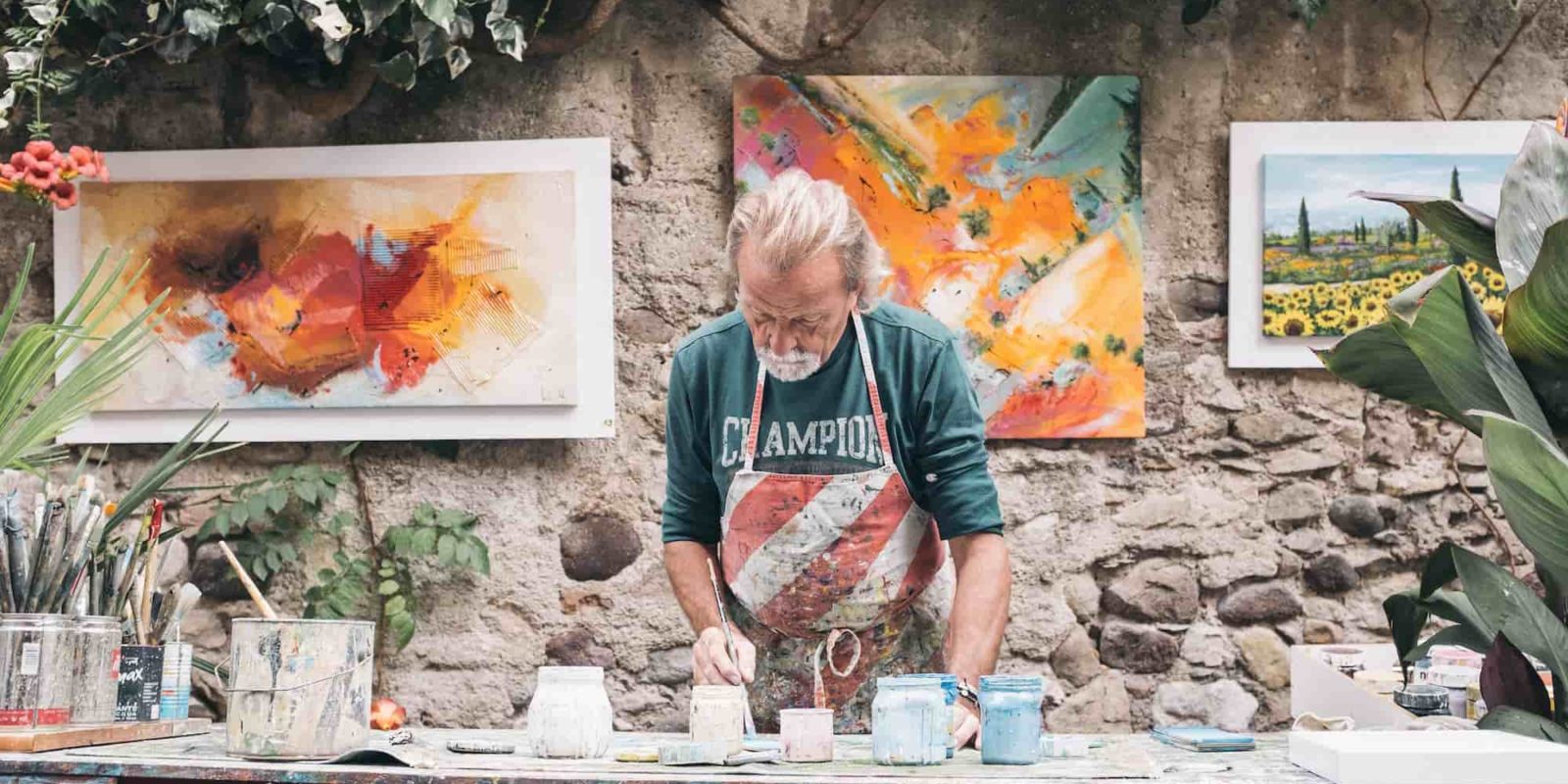 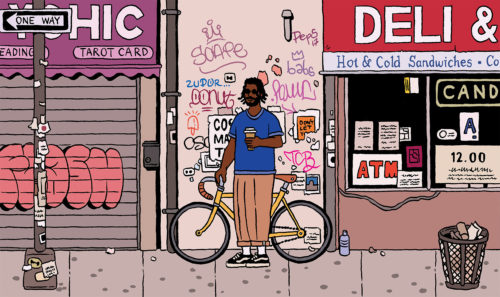 The Bushwick area of Northern Brooklyn is a former working-class neighbourhood known for its beer-brewing roots that has undergone an intense period of gentrification. Over the past decade, it has slowly developed from a sanctuary for artists looking for cheap studio space in its large industrial warehouses, to a home for startups and more established businesses looking to benefit from the area’s creative energy (and low rents).

One of the businesses that has taken up this opportunity is the video streaming platform Livestream, which moved its headquarters to a 30,000-square foot former warehouse in Bushwick back in 2014. This move is often credited with kick-starting the area’s transformation into a thriving startup scene. Now it’s known for its shared office spaces such as the slick co-working space Brooklyn Desks, and the more rustic Bat Haus where entrepreneurs, freelancers and small businesses share space and ideas.

Startups such as The NYC Train Sign, that makes LED clocks that show real-time subway information, and apartment-share website Nooklyn, have chosen the Bushwick district over the more traditional Manhattan, making the most of the area’s artistic roots – traces of which can be seen in the colourful graffiti that lines many of Bushwick’s walls. 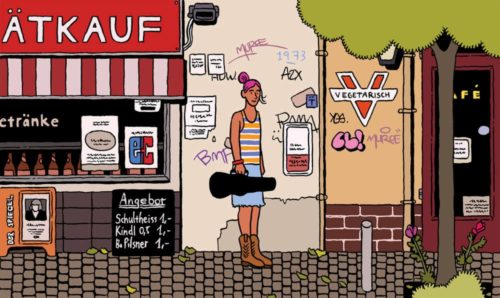 The “poor but sexy” German capital – as dubbed by its former mayor – isn’t as cheap as it once was, but it still offers a creative buzz and relatively low-cost living for entrepreneurs looking to set up in the startup-friendly city. What’s more, in 2017, Berlin received a record boost with investment in startups reaching £3.8bn. McKinsey and Company estimate that Berlin’s startup businesses could create up to 40,000 new jobs by 2020. Berlin’s history has given the city an aesthetic which – with its unique combination of the historical and the modern – has created an urban paradise for new startups.

Most of Berlin’s startups are clustered in the trendy east of the city, with the likes of period-tracking fertility app Clue, which raised £15m in Series B funding in 2016, and Zalando, the online fashion retailer, which has grown from a startup to Europe’s leading online fashion platform, making east Berlin their base.

Known for its high proportion of accelerators and business angels, the east of the city is also where Metro Accelerator, the 13-week mentorship programme for tech startups in the hospitality and retail sectors can be found. Smaller startups typically head to one of east Berlin’s many co-working spaces. Agora Collective offers space to freelancers and artists looking for an alternative environment in which to grow, while in the artsy district of Kreuzberg, Techspace offers scale-up ready workspaces for the tech community. In true startup style the workspace has turned an old industrial building into a bright, airy office space. 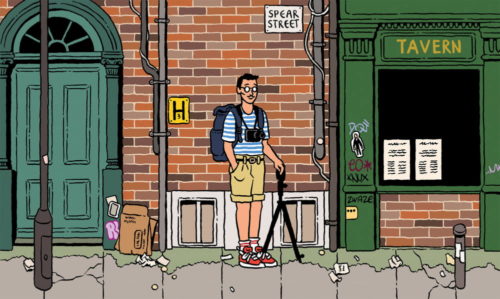 Manchester, the city that has given us Joy Division, Oasis, and (some of) Take That has long been associated with the music industry. But its Northern Quarter – the city’s creative district – with its galleries, music venues and trendy bars has recently started to welcome not only artists, but entrepreneurs and young business owners looking to capture Manchester’s creative essence.

The area can already claim some successful alumni since LADBible launched its viral-hunting digital publication from the district in 2012. The website now has some of the city’s key startups as neighbours. Ticketing platform Fatsoma which helps promoters harness social media to sell tickets, and digital agency Reason Digital which only takes on projects that ‘do good’, have both chosen the Northern Quarter as a base.

But the area is also encouraging fledgling businesses beyond the tech industry to set up shop in the area. The district is also home to pay-per-minute co-working space Ziferblat, which offers startups the chance to rent space for 8p per minute, capped at four hours (the equivalent of £19.20 per day). The space seeks to be a “home from home” with sofas instead of simply desk spaces, and free tea and coffee, offering its entrepreneurs and freelancers a relaxed working environment. 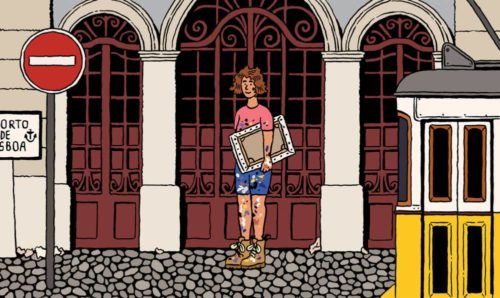 Often lauded as the next Berlin due to its impressive nightlife, Lisbon has become a serious challenger to the German capital for more than just its partying hotspots. After taking a heavy hit in the 2008 financial crisis, Portugal’s young businesses and entrepreneurs have come back fighting. With a healthy dose of help from the Portuguese government offering grants and initiatives such as the StartUp Voucher, which provides entrepreneurs with a £4,400 token that can be used at 135 business incubators, Portugal’s economy is growing at its fastest rate of expansion since 2000. The area of Marvila in the North East of the city is emerging as a major hive of startup activity in Lisbon.

Sat between the Portuguese capital’s airport and the river Tagus, Marvila is made up of narrow streets, big green spaces such as Parque de Bela Vista where Rock in Rio concerts are typically held, and abandoned warehouses and factories. Gradually, the latter have been taken over by tech hubs and creative startups. What used to be an international airport for seaplanes has been replaced by workspaces such as Impact Lisbon, where sunny skies and cheap rents are attracting budding entrepreneurs from across the world looking to launch their businesses.

Things are only set to keep growing, with neighbouring district Beato preparing to welcome hundreds of the city’s entrepreneurs with the Hub Criativo Beato. Phase one promises 35,000 square metres of office space, which will be expanded to 100,000 square metres in phase two.