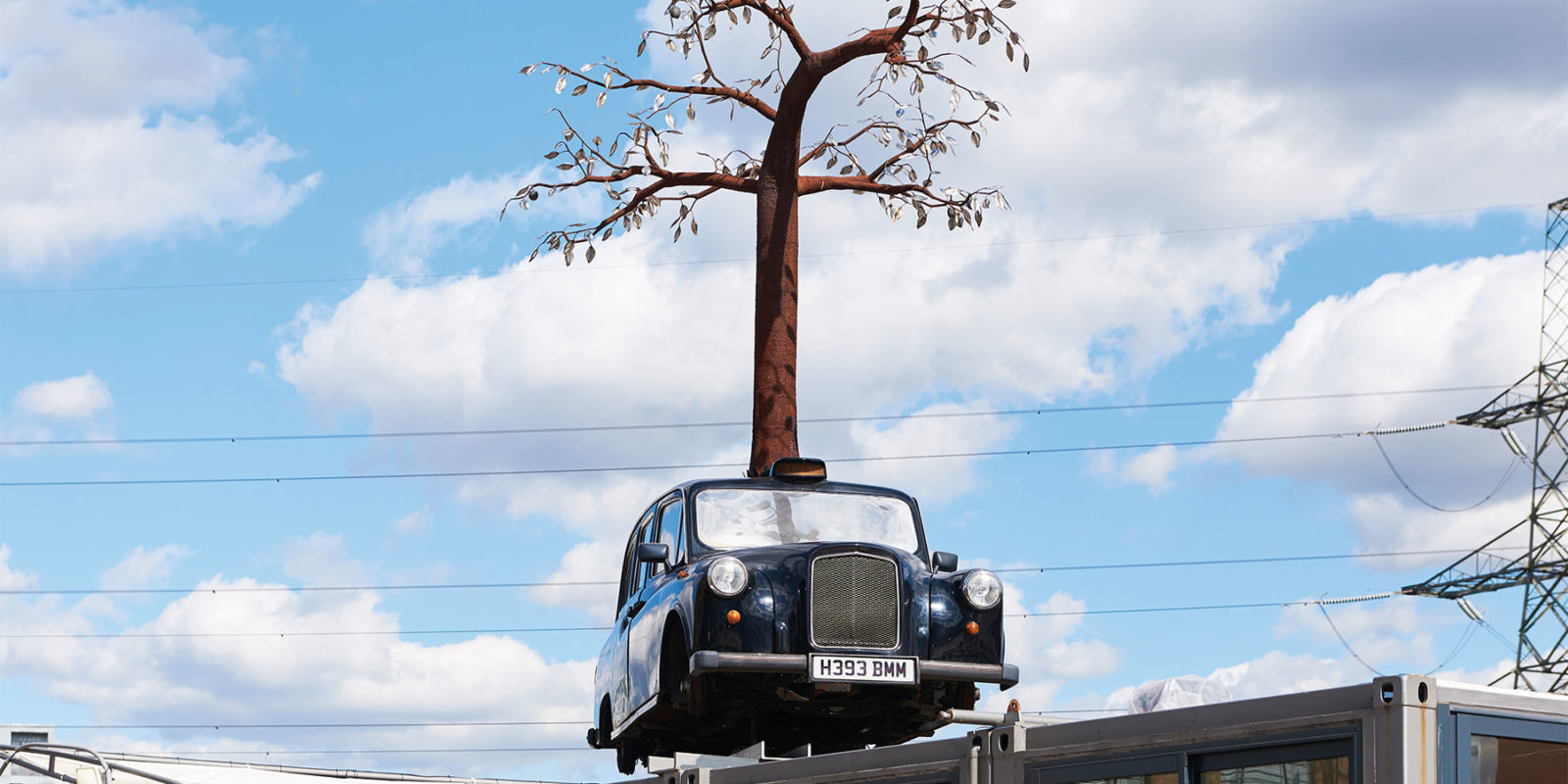 Built in a loop of the River Lea as it joins the Thames, Ballymore’s London City Island development is not actually an island - more of a peninsula - but flanked by the water on all sides, it’s an easy assumption to make.

Once a margarine factory, the 12-acre site is now a vision of glass and steel, with architecture inspired by the buildings of Manhattan – another buzzing island community. A cat’s cradle iron bridge links the island to Canning Town Tube and bus station, while Canary Wharf sits within walking distance. So despite the location’s solitude, it’s a mere twenty minutes from Bond Street. From October, the gently flourishing artistic hub will house the London Film School’s new purpose-built space, complete with two cinemas to facilitate its 220 students and 55 staff, from over 60 countries.

Early 2019 will see the arrival of the English National Ballet, offering the chance for students and teachers to operate under one roof for the first time in 20 years. A landmark move for both the ENB and the inhabitants of City Island, the bespoke 88,000 square foot glass rehearsal studios will allow passersby to watch the dancers and company’s symphony orchestra in action. ENB’s relocation to City Island will allow it to grow in a way that was spatially impossible previously.

No doubt it will also cement the capital’s status as a global nerve centre for dance and the performing arts. The Island’s creative energy had been mounting long before the two institutions announced their relocation. After a hugely successful year, arebyte Studios and Gallery outgrew its Hackney Wick space and moved to City Island in October 2017.

Providing affordable creative workspaces and artists studios since 2013, arebyte’s key feature is its remarkable exhibition space. With a focus on digital and participatory art forms, the gallery commissions artists with a fresh perspective on emerging technology and practices, often demanding the participation of its 6,000 annual visitors.

Managed by supporting charity Arbeit Project Limited, maintaining the gallery space, commissioning new artists and supporting existing is made possible by the funds from studio provision.

“We have 20 studios across two sites on the island – one is for the messier practitioners – painters, sculptors, ceramicists and installation artists – while the other houses the cleaner industries, like fashion designers, graphic designers and architects,” says Nimrod Vardi, director of arebyte Gallery.

“I wish it could have been all in one site, but what we have is four times bigger than our previous space and it is seriously impressive. What we’re able to do here brings together a wide range of voices and practices, from all walks of life. It’s endlessly fascinating to see what such artistic people bring to this area.”

Catering for musicians and DJs, designers and animators to fine artists and digital media experts, arebyte has proved itself to be a petri dish for creative talent. The arrival of its new neighbours heralds the start of an exciting chapter for the whole development. 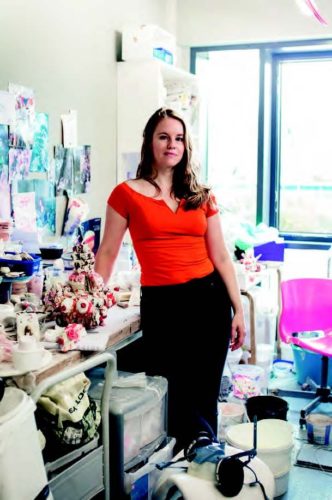 How does your studio space differ from those you have had before?

As an artist, it’s not often you get a brand new space, or one that’s this gorgeous and full of light. All my studios inspire me in a different way; having the river outside is like living next to a person. It’s taking my work to a strange, possibly darker place, which is so interesting.

How do you interact with other creatives?

The wall doesn’t completely meet the ceiling so I feel the presence of my neighbours. But mine are brilliant – an animator, a performance artist and a printmaker – we share ideas and have a good old chat about what we’re doing. 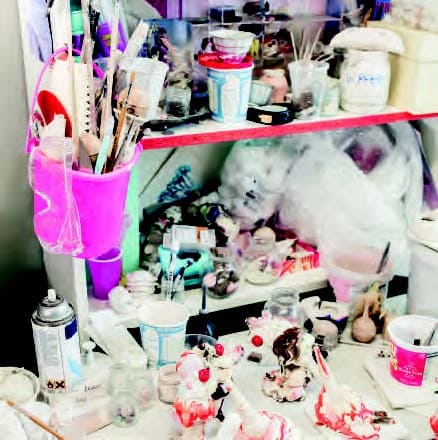 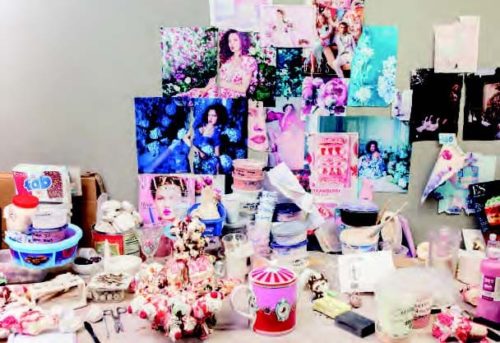 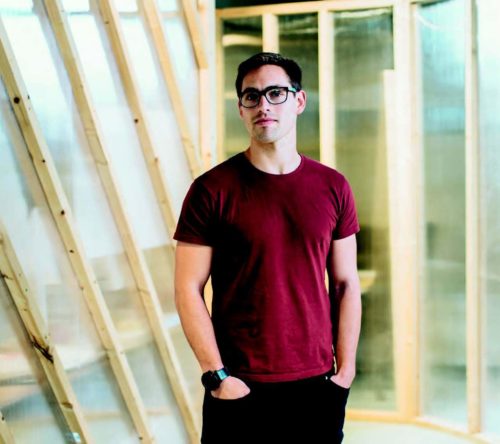 Why did you choose to move to Arebyte from your previous workspace?

I moved east, so being here means I can work late without a (huge effort) to get home. It’s great to get out and see our projects, for example we’ve got a barn conversion in Hertfordshire, new builds in the Home Counties and a project in Leiden. It’s easy to get out of the country with City airport nearby, plus it’s on the Jubilee Line.

What advice would you give to newcomers?

Geographically and emotionally, this an island of London – so don’t expect to feel rushed, it’s a zen-like microclimate. It’s the chance to become part of an evolving community – there’s not huge competition – we’re one of the only architectural practices on the island for example, so you can make your mark if you’re ready to be bold. 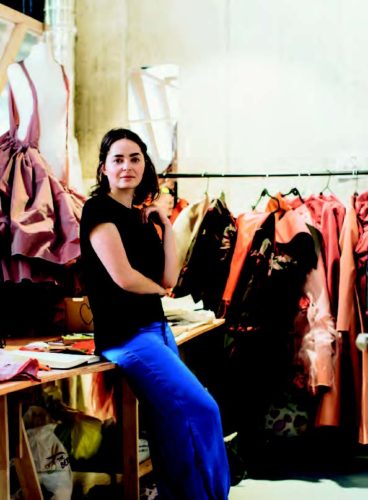 What is your favourite thing about being here?

The atmosphere and energy is incredible. I work next to a woman doing all-natural cosmetics and a sustainable  menswear designer – we share ideas and inspiration and when I need support or advice, they are always there

Do you see yourself here long term?

Absolutely – Unity Arts Festival in September, which brought together creatives from London City Island, Goodluck Hope and Trinity Buoy Wharf, proved that to me. I’m excited for the London Ballet School to move here – I’m hoping the dancers can walk in my fashion shows! But I find it so inspiring to think we’ll be sharing the space with them. 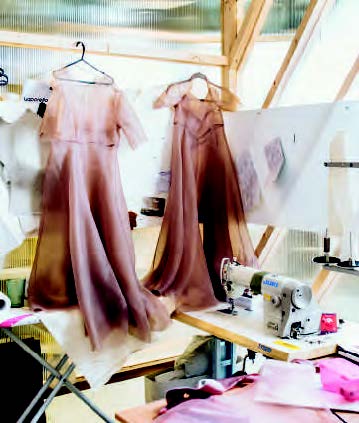 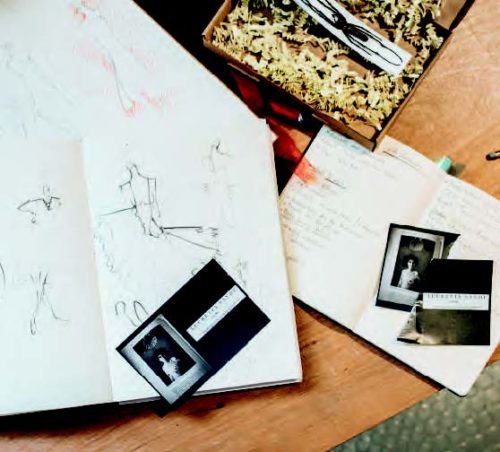