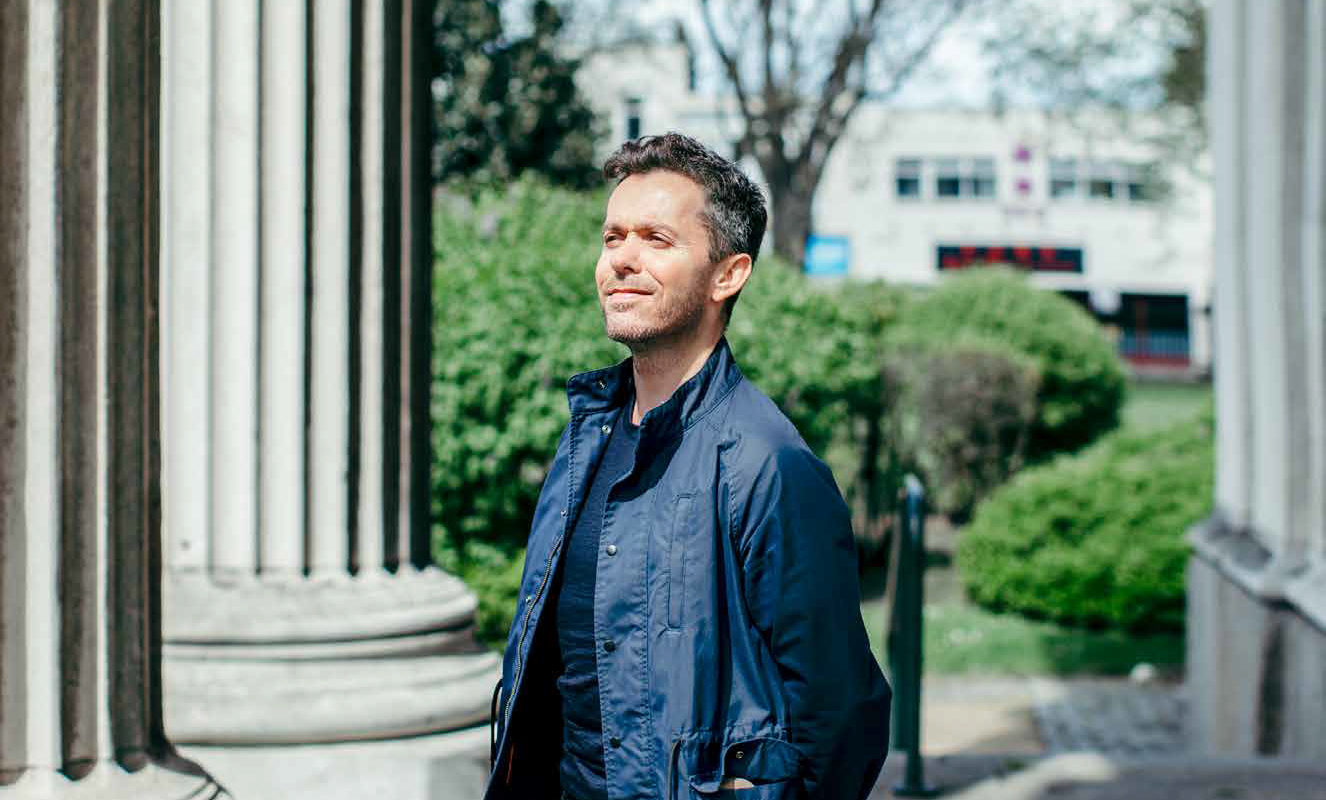 Nick Steward's perfume company – Gallivant – creates scents inspired by cities from across the world – from Amsterdam to Tel Aviv. Indeed, each of Gallivant’s unisex fragrances is named after a city. London has an earthy, lush smell created with ingredients such as cucumber, rose oil and leather, while for Berlin it’s citrus mixed with spice and wood.

Having previously worked as the creative director of the cult house L’Artisan Parfumeur, Steward, who launched his company in 2017, wanted to bring handmade fragrances to the UK. Gallivant perfumes are bottled in petite cylinders illustrated with a map of their city and cost £65.

Steward is one of many creative pioneers moving their businesses east and has been based in co-working space The Trampery Republic since January 2017. We joined Steward on a walk around the Docklands to discover his favourite local spots for sensory inspiration.

How would you turn the atmosphere of the Docklands into a Gallivant fragrance?

My approach to making perfume is to try to create a feeling for the place and then use materials to translate that feeling. So for me, what I feel walking around here is a mix of the history and modernity of east London. Canary Wharf’s across the road – the glass and the steel, the high and the low. So there’s the grit of it, but also the glamour and wealth of it.

When I created the London fragrance, I had this feeling in my mind of the grit of London, the glam of London, the rain, the shine. I love that feeling of contrast, it’s textured and layered and interesting.

How can you see the Docklands transforming around you?

I think that brings good things as it allows for my company to even be in this area, but I’m also conscious that some progress isn’t necessarily for everyone. It’s part of a wider debate in London about how gentrification doesn’t include everybody. I don’t want to see the traders, for example, at Chrisp Street pushed out to make way for artisan coffee shops.

It is inspiring because it shows life is continually changing and things aren’t rigid – that’s great to feel for someone who’s created
a new business. But we want to coexist with what was here before, as well.

Why did you choose to base Gallivant in the Trampery Republic?

Everywhere I looked I couldn’t afford – so part of [the reason] was economic. I saw a piece in the Evening Standard about this programme for creative pioneers, where you could win a desk for free for a year. I was working from my own kitchen table at the time; I was on my own and it’s lonely enough when you’re not in human contact with other people.

[Now] I’m in a community of small businesses and that does make a difference. It’s important to be part of a group of like-minded people.

What is it like being based in a co-working space?

It’s novel to me, in the sense that I’m working with people who aren’t all about perfume. I actually really like that. We’re in an office with 10 or 12 different companies. It’s nice for me to test fragrances on them. I get the opinions of what real people think which is great – it’s quite easy in perfumery to be in a bit of a bubble otherwise.