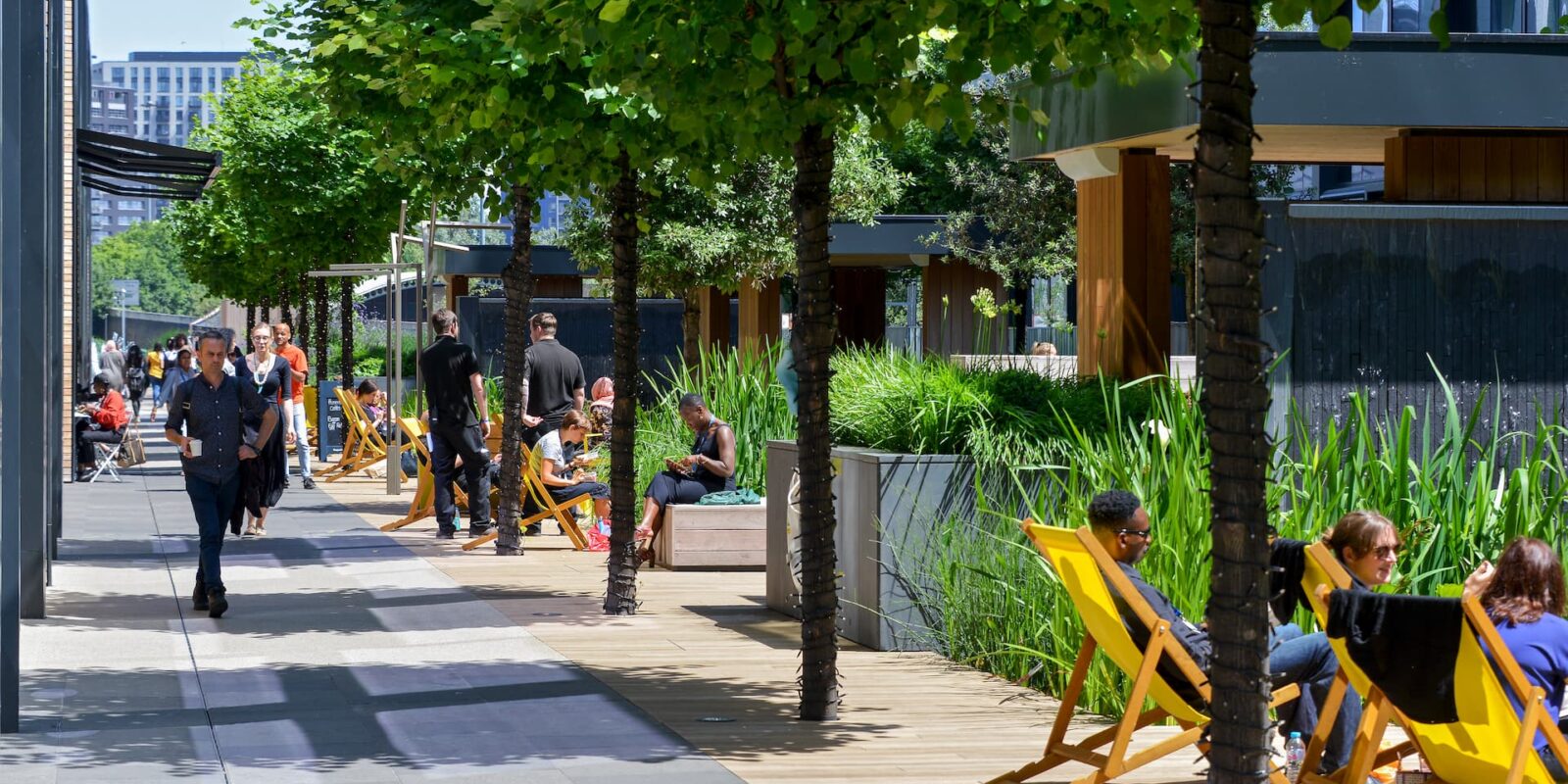 Republic: The Story So Far

When Trilogy Real Estate partnered with LaSalle Investment Management to buy four buildings and the land around them on Clove Crescent in 2015, conventional wisdom assumed the developer would knock the tired 1990s office buildings down and replace them with housing. “I came down here and thought: that’s quite a good idea” Trilogy’s Founder Robert Wolstenholme told Property Week magazine, “but there are a lot of flats around here anyway.”

Instead Wolstenhome, who has a decades-long track record of spotting the potential for repurposing unloved buildings, took a pioneering route. Trilogy used its unique experience to guide investment in design, biodiversity and social value to create a class leading mixed-use development.

The team got straight to work, rebranding Clove Crescent as Republic. The appearance of the buildings was transformed with building-sized artwork created first by Tom Hingston then later Scott King, both graphic designers better known for their work in pop culture than with office developments. Community engagement, a core element of the Republic Strategy, began with a programme of creative events delivered by The Trampery in its role as community manager.

In just six years, Republic has become a hugely attractive hub for jobs, education, skills, leisure and community in a previously overlooked corner of Tower Hamlets: a workplace of the future in the place where the talent of the future actually lives. Hingston Studio’s building-sized artwork was a first step towards Republic’s new image as the Workplace of the Future.

Trilogy commissioned architect Studio RHE to transform two of the “boring but solidly built” existing buildings along with the public realm around them. When the Import Building launched in September 2018 it set the standard for a new generation of workplaces: A completely reimagined space that cast off the dowdy corporate image and made extensive use of sustainable timber construction was made available for rents half the price of Shoreditch. Studio RHE’s stunning new atrium at Republic London makes use of sustainable structural timber. The light, airy space is the heart of the building.

One measure of the project’s success is that Trilogy was able to bring existing tenants along for the journey, including Vodaphone, Tower Hamlets Council and Her Majesty’s Courts & Tribunal Service, maintaining an open campus during the extensive retrofit. New tenants swiftly joined them and when the Export Building opened in Summer 2020, the Import Building was 90% let to a mix of tech, telecommunications and media companies. Republic has also grown a cluster of education institutions that includes ARU London, University of the West of Scotland and Global Banking School, and the emerging relationship between business and education has had a massive impact on the way we think about Republic as a place.

What goes on in the spaces between buildings is just as important as the buildings themselves. Without the amenity required by modern workers: the coffee shops, restaurants and leisure destinations that make city life exciting, any campus would have struggled to gain traction. Republic is so compelling because of the mix and quality of ground floor uses that help set the tone for the rest of the development. Affordability remains a key component of the Republic offer, providing opportunities for independent, locally owned businesses as well as global companies. Republic takes its role as a place to create opportunity within the local community very seriously and since 2017 we have worked with The Trampery’s Creative Pioneers programme to provide free desks to local organisations. Republic has supported London charities, including City Gateway and OpenCity, with free office space to support their education and cultural programmes. 40 of the desks at Trampery Republic were given to early-stage startups and innovators as part of the creative pioneers programme.

We are especially proud of our working relationship with Oitij-jo, a charity working with British-Bangladeshi women in East London. Oitij-jo secured a desk through the creative pioneers programme in 2018 and hosted workshops on-site in 2019 as part of our events programme. In 2020 Republic offered Oitijo a retail unit to allow them to set up the TATI Craft Hub, providing skills-based workshops from a permanent base on the campus. Organisations like TATI use the ninth floor event space at Republic to host community events, such as this cookery workshop.

Today, 4,300 people’s job or course is based at Republic, up from the 1,700 who worked on site in 2016. Despite the challenge posed to everybody by the events of the coronavirus pandemic, Republic’s mix of healthy indoor and outdoor spaces, community emphasis, and high-quality lifestyle offer means that we’ve been resilient and are looking to the future with optimism. The secret to the future of work is that it will be about more than just work – Republic points the way to a future where we all earn, learn, play and connect in spaces that are set up to help us make the most of being in cities.

We’re looking for your opinion on our proposals for the Future of Republic. Visit the consultation at
www.republicfuture.co.uk 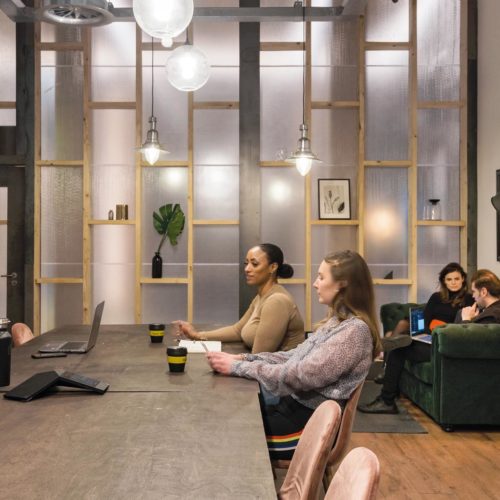 Join us at Republic

Space for every size of business at Republic